The night before we left Iluka we were invited to a feast of crabs with Deanne and her family. 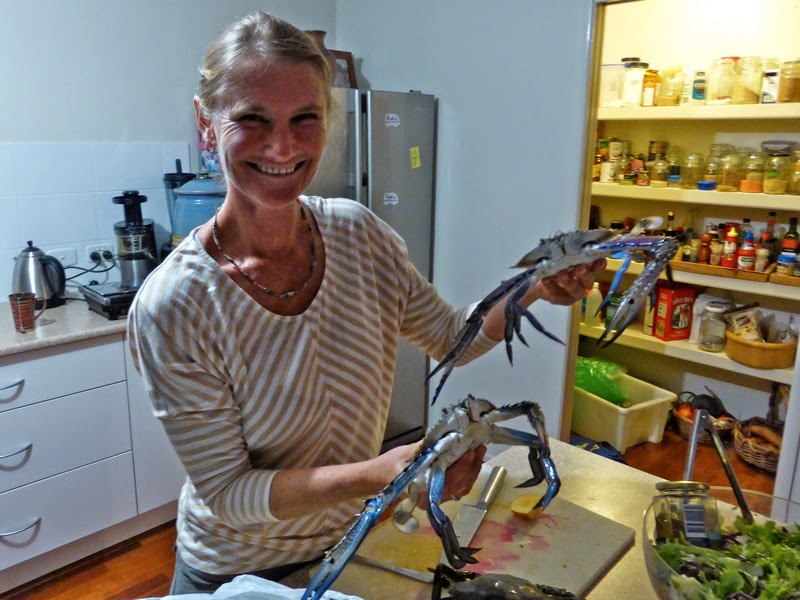 Deanne is yet another stellar local woman working at the coalface of the mostly male dominated industry of civil construction. She invited us for dinner and cooked mud crabs and these beautiful blue swimmers (Portunus pelagicus) in a chilli sauce. 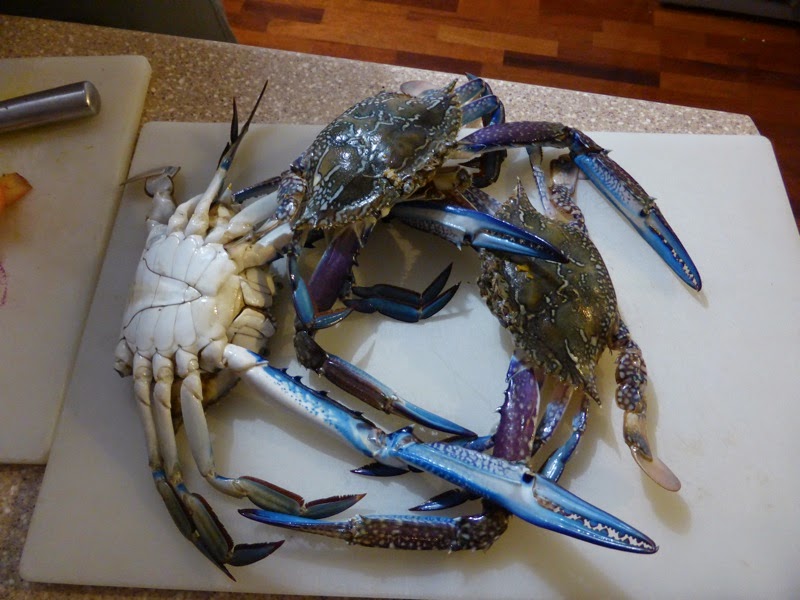 Nine of us feasted for about an hour and a half on two dozen crabs, slowly working out all the delicious flesh from under the shell. The crabs had been caught by Deanne's family and friends the previous day in the Clarence River. This area is abundant in coastal foods and has a long growing season for plants, including this one: 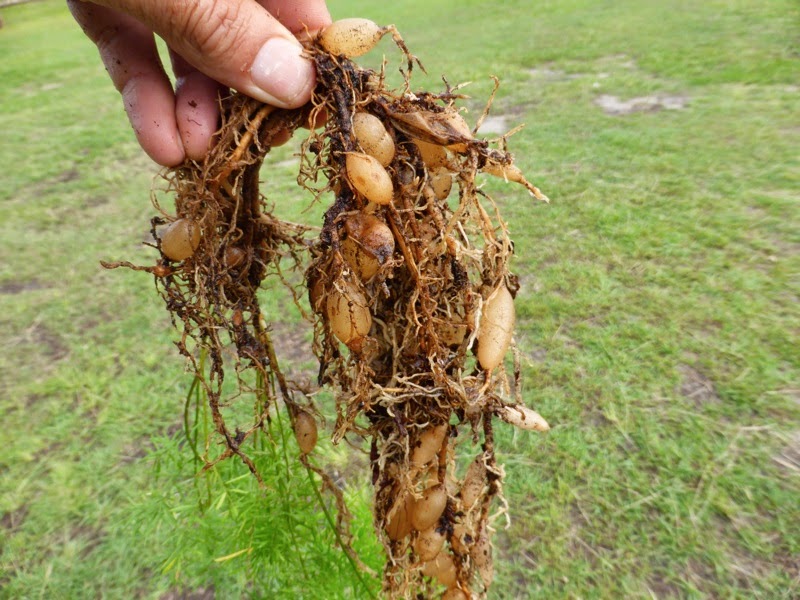 Asparagus fern (Asparagus densiflorus), a plant that belongs to the large lily (Liliaceae) family and includes day lilies and edible asparagus. We were introduced to this invasive plant back in Forster by the Tuncurry Dune Care folk and we said back then we'd try to find out if it was edible. This has been a difficult task and our online research proved inconclusive. So we thought we'd conduct a little experiment of our own. Our hypothesis or hunch was that asparagus fern tubers would be edible, perhaps even desirable, and if that was the case then we carbon-heavy humans could embrace this plant as a food and become the biological controls of it.


Our experiment empirically demonstrated that asparagus fern doesn't stack up as food. If only a small amount caused pronounced intestinal discomfort then we think a proper meal of it could really cause some problems. We can probably say now that asparagus fern tubers are NOT food fit for human consumption. Although, there is always a slim chance that something else caused Patrick's discomfort several hours after he ate a few small tubers, we're going to trust his reaction and not pursue this plant any further. With this somewhat intrepid experiment under our belts we loaded up the bikes, thanked Linda and Nicholas for hosting us so graciously, and left Iluka passing this rather wishful sign on the way out. 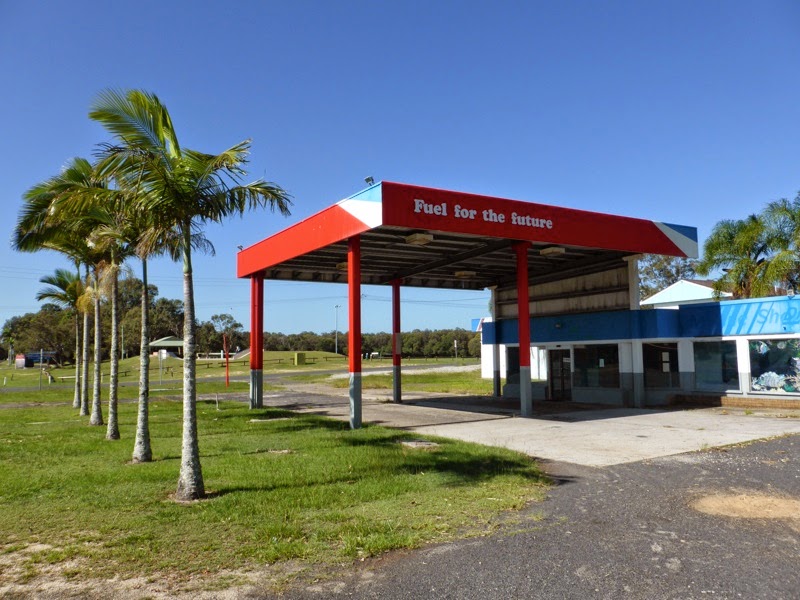 Let's hope this decommissioned station is an image we'll see more and more. The only fuel in this picture that we can see as viable for the future is solar radiation (the blue sky)... And on we pedalled towards another chronic fuel problem, as we'll see shortly, stopping after a 55 km ride up the Pacific Highway at Woodburn to cook dinner on the banks of the Richmond River, 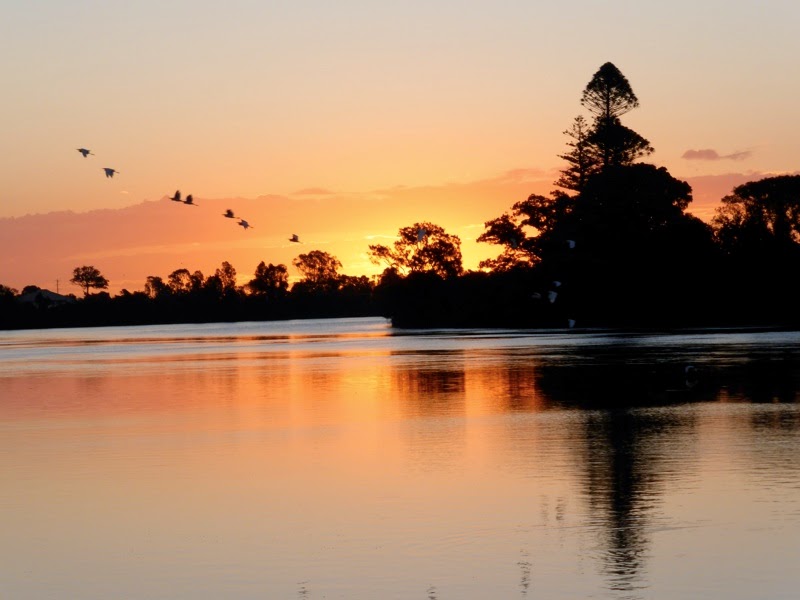 and later to the Woodburn football ground to set up camp under the light that was offered freely to us. 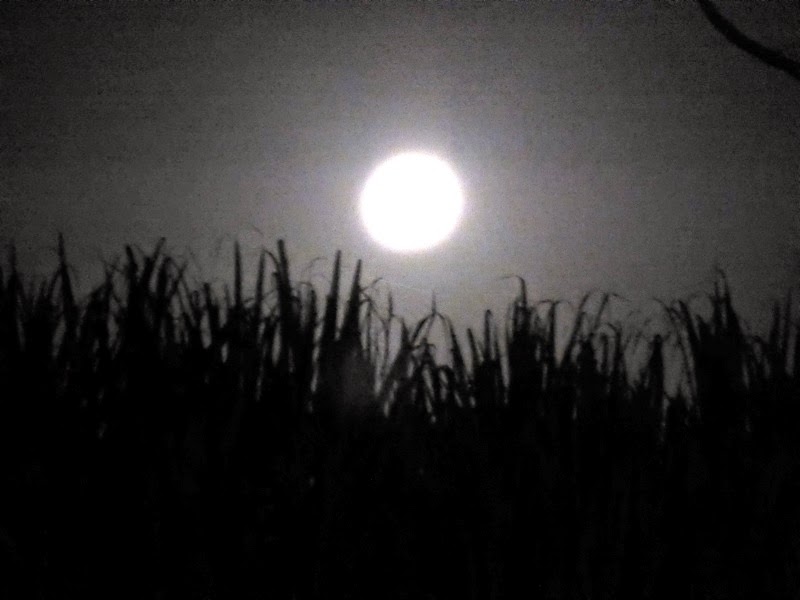 We woke with the sun to heavy dew, 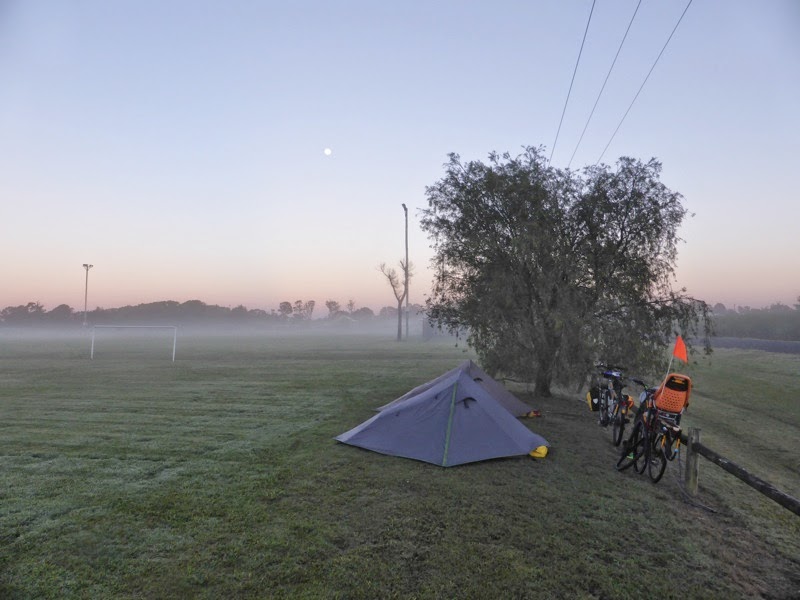 we had another 55km day ahead of us, so we packed up the tents wet, stocked up on our standard organic Aussie oat porridge sweetened with local ironbark blossom honey and currants, 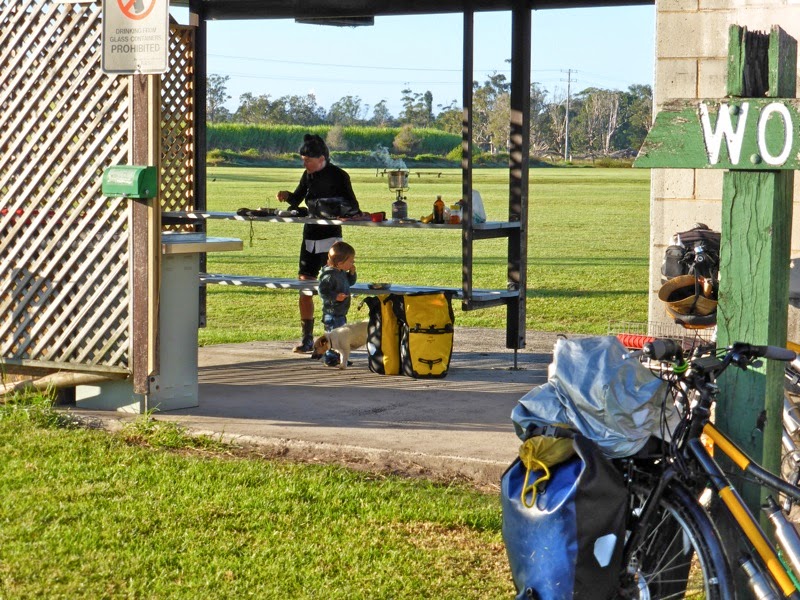 crossed the Pacific and the Richmond River, and headed north to Lismore. 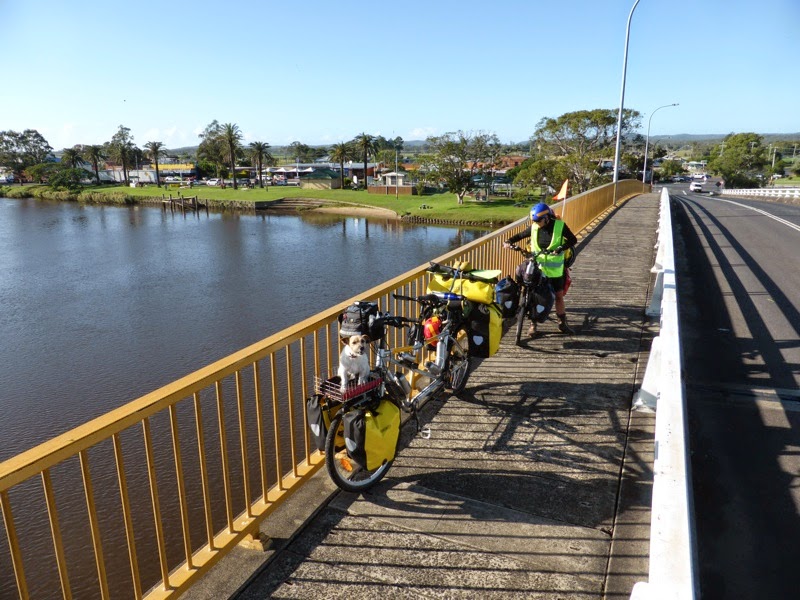 On the way we spotted some happy free range hens so we knocked on the door and bought a dozen eggs for $3 from these peeps. 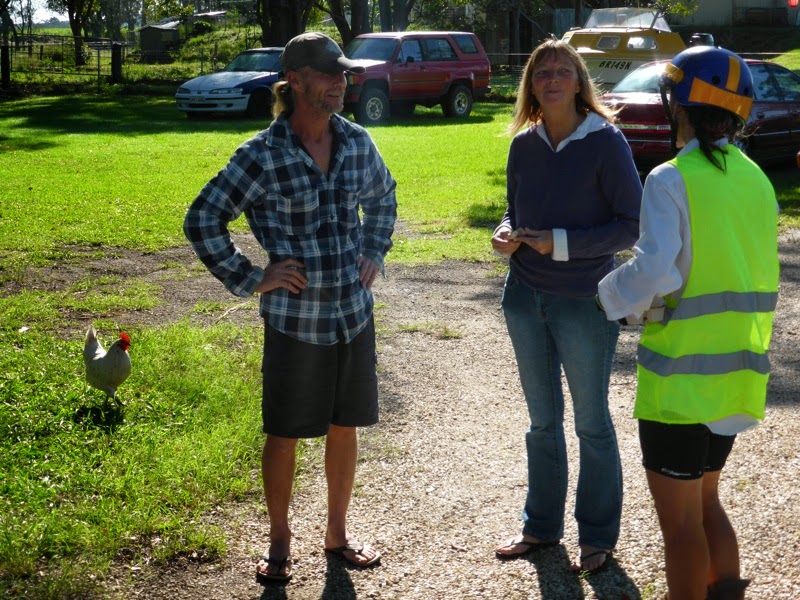 A little further on we collected some guavas for our tucker bag. 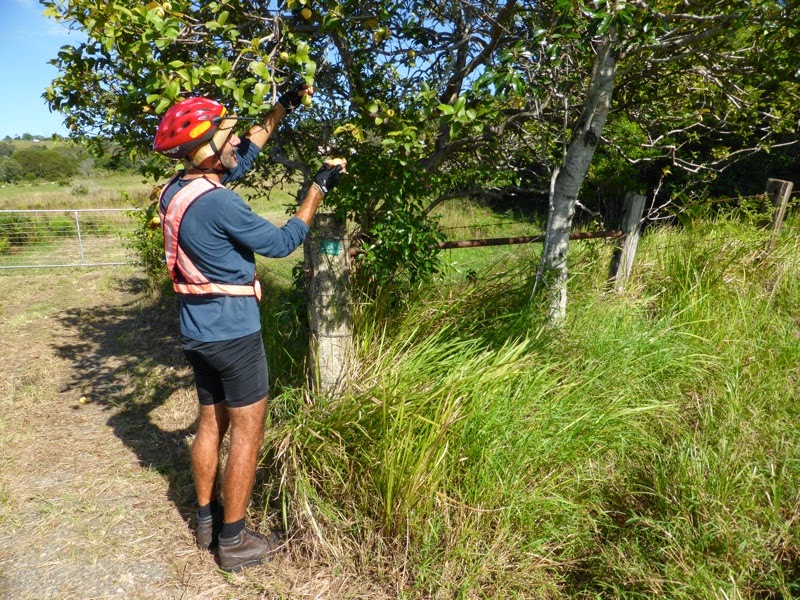 As we approached Lismore we came to understand how conscientious this community is: 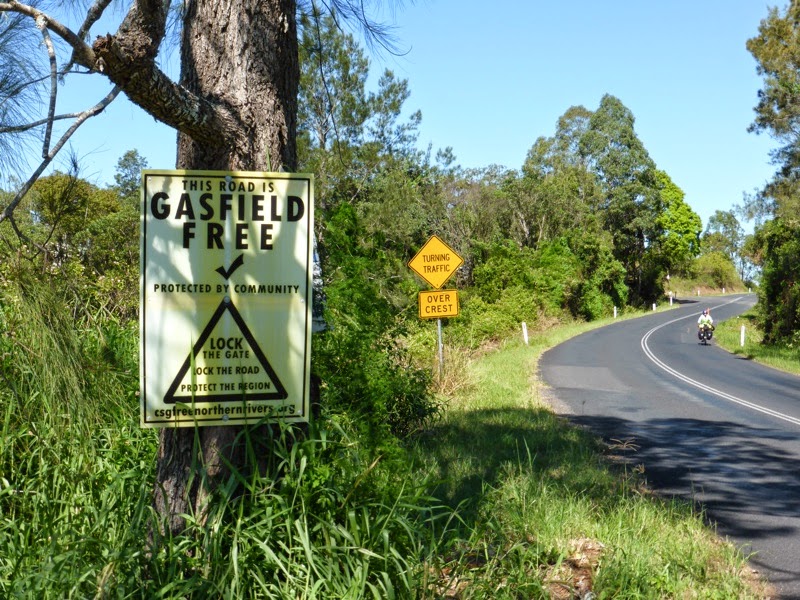 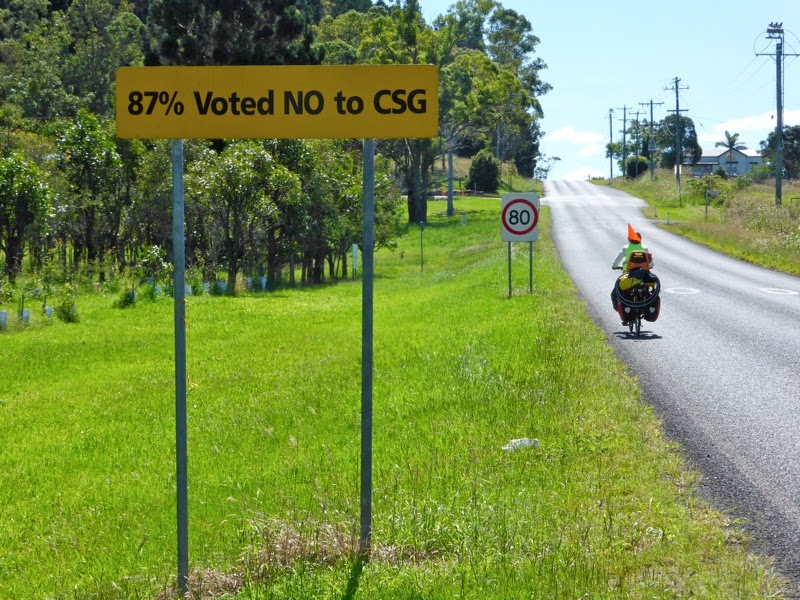 and we were drawn to this conscientiousness ourselves. 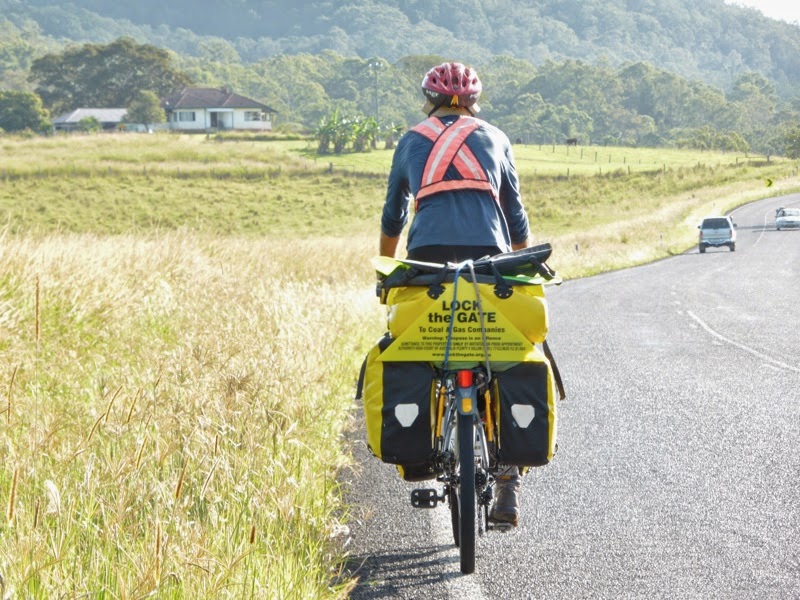 We found home at Camp Liberty with hundreds of others, 15 kms west of Lismore in an area aptly called Disputed Plains, near Bentley. 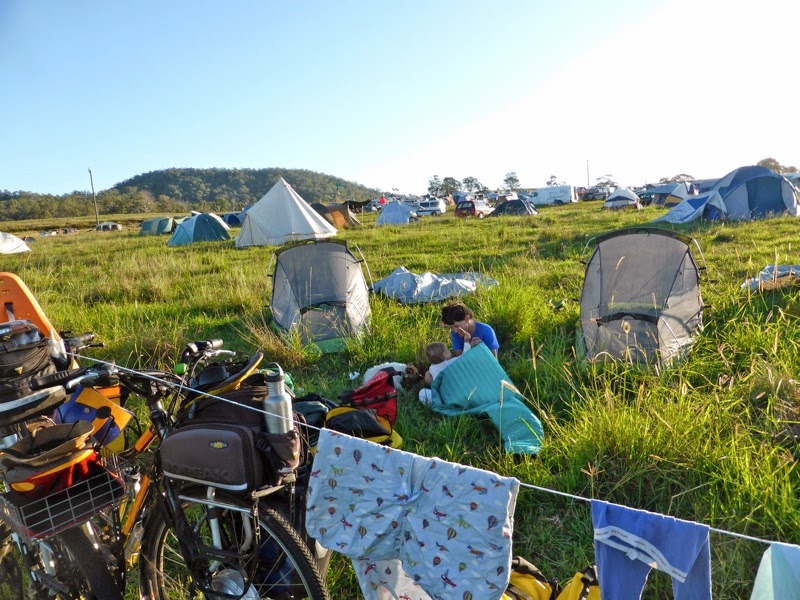 Camp Liberty is a pop-up settlement established to offer all forms of support, supplies, personnel, communications and a cultural sanctuary for the blockade of three gateways that give access to a proposed mine site for invasive gas exploration. 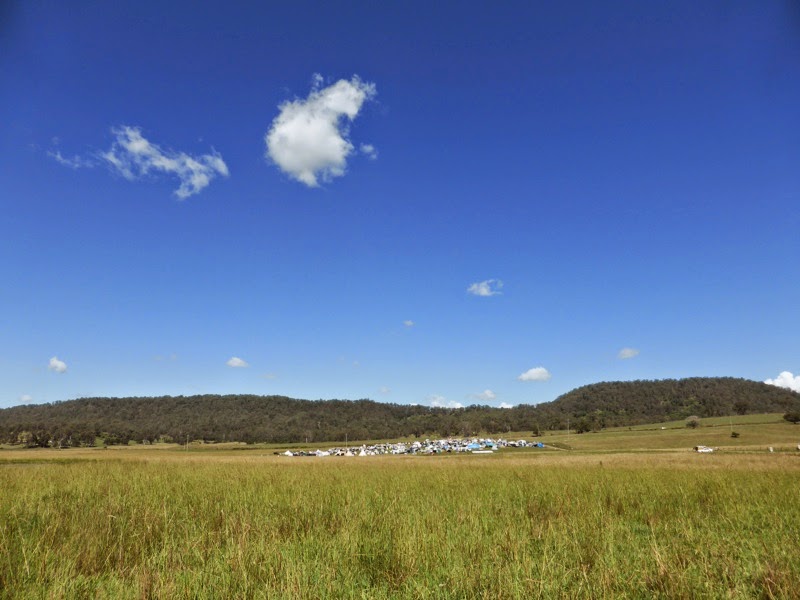 It's an incredibly well organised camp, 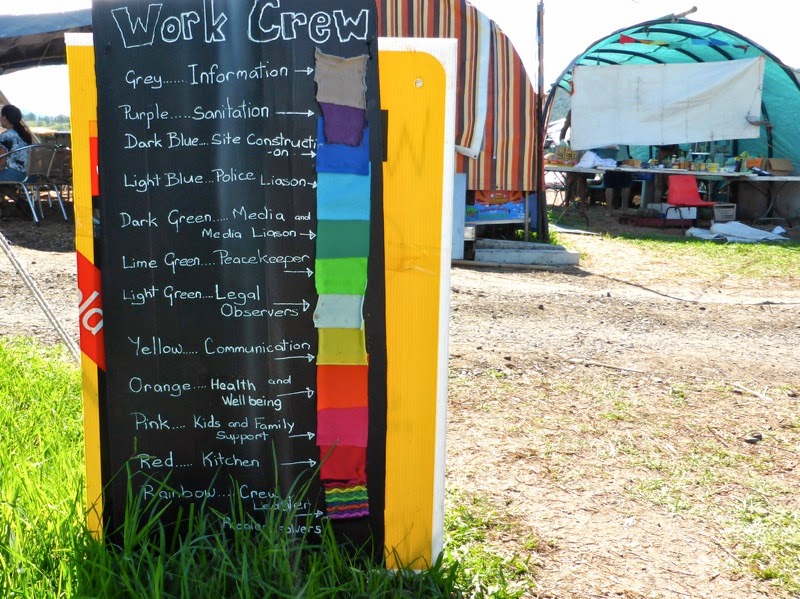 with some clear-eyed thinking. 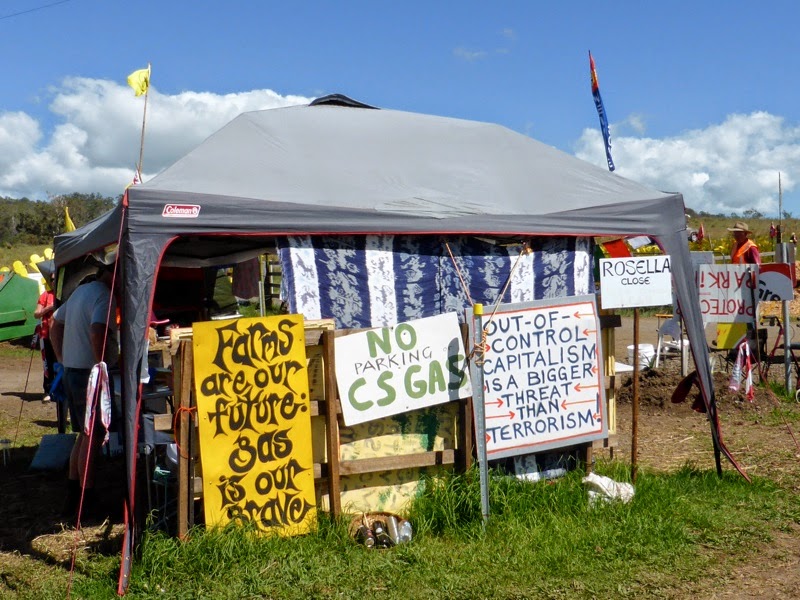 We volunteered for the first aid tent and have so far treated a number of people with minor ailments. 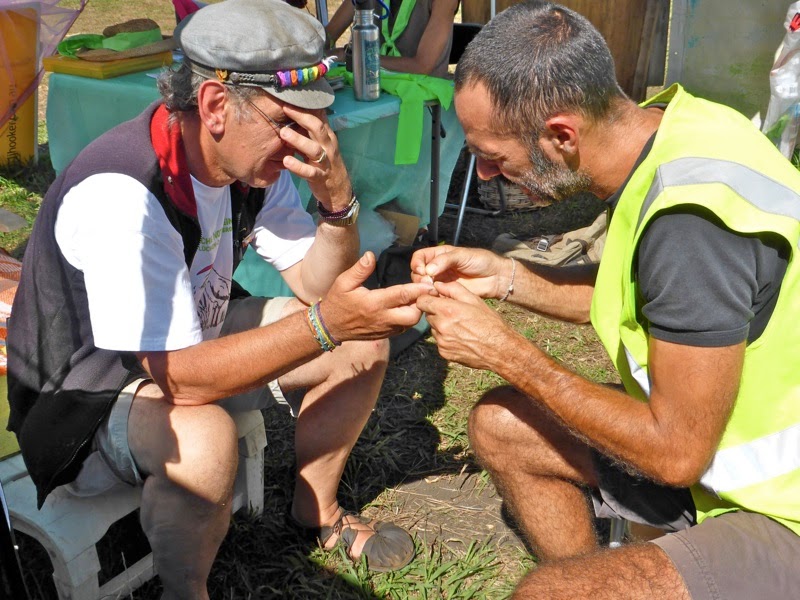 While getting to know the multiplicity of people stationed here, 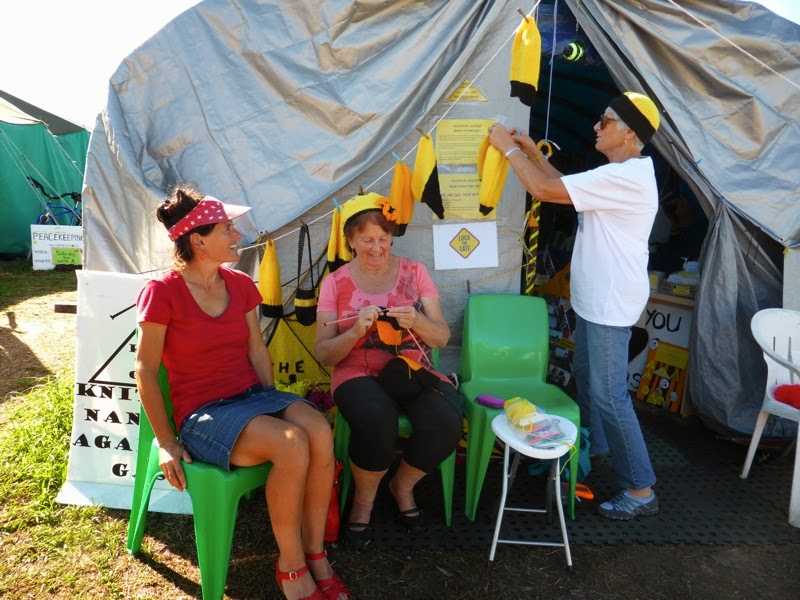 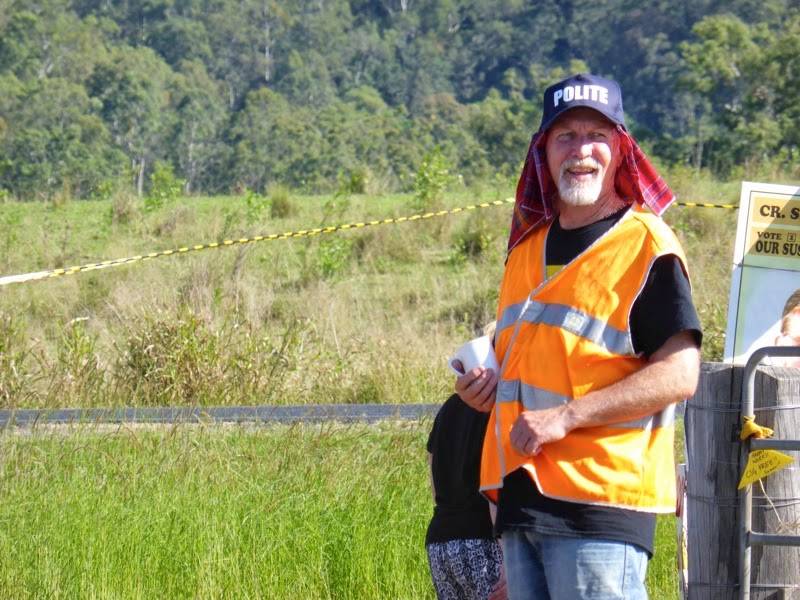 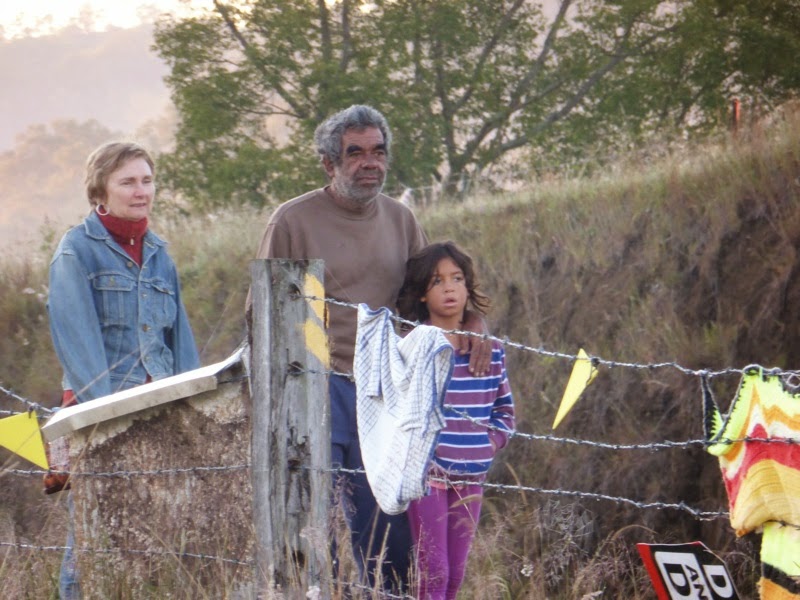 and getting to know more intimately the land we are all protecting. 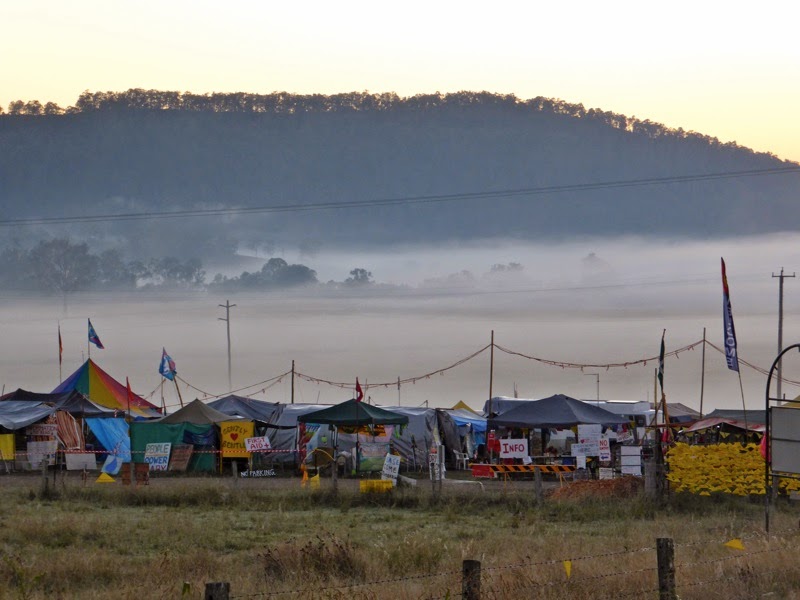 While the corporatised media tellingly ignore what is happening at this camp, social media has come alive to represent this very special transformation of people power.
Posted by Artist as Family at 23:01