It has been over a year since all three of us were at the Food Forest. So much has happened in our home garden, we knew that in Sydney's semi-tropical weather, much change and growth would have come about. We were right! Everything was humming with the business of life, especially one of the nectarine trees. A year ago it was a quarter of the size! 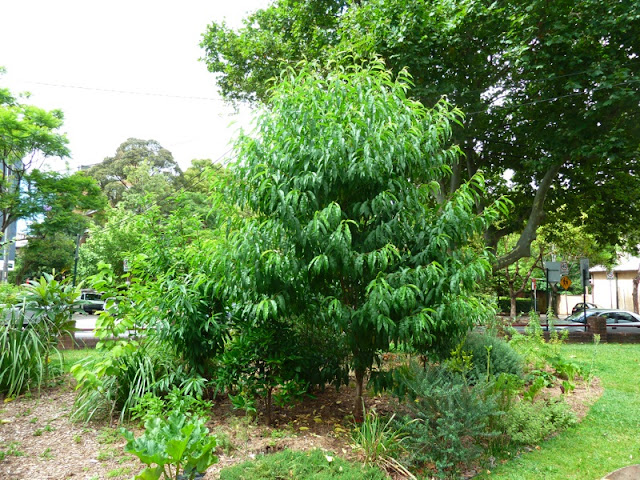 We discovered many other surprises in the garden. The first was Amanda, who is part of the church and who has been keeping us in the loop about happenings in the garden. 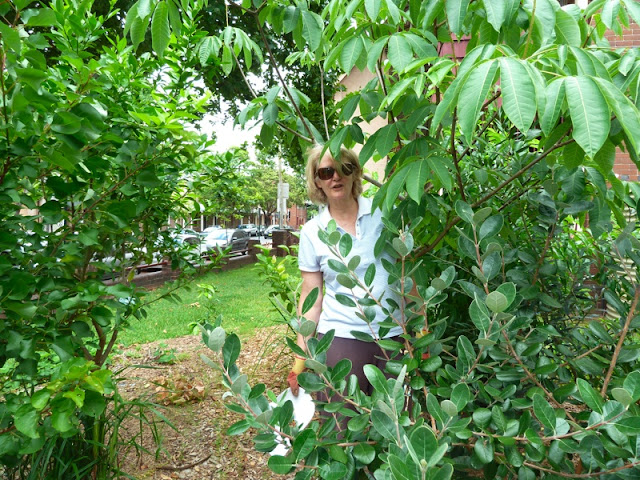 There was also much abundance to be found (and eaten). Strawberries 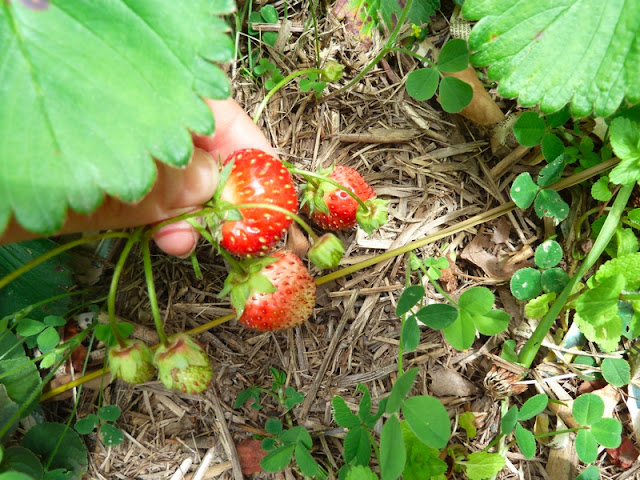 and Dianella berries. The leaves were used to weave dillies and baskets by the Gadigal and the fruits were eaten as well as used as dye. 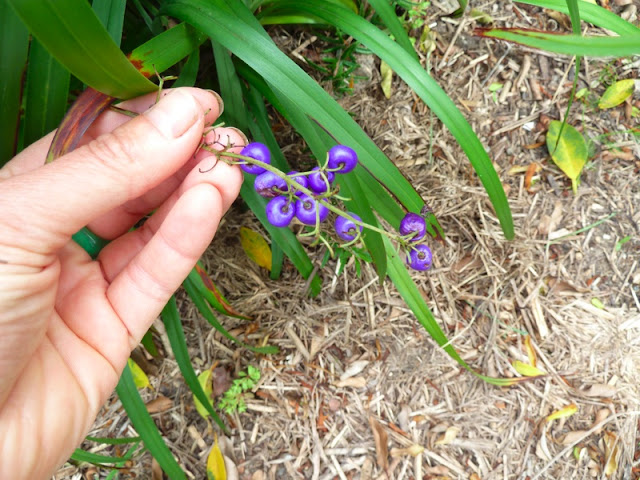 The first things we did was make this sign and get busy weeding. 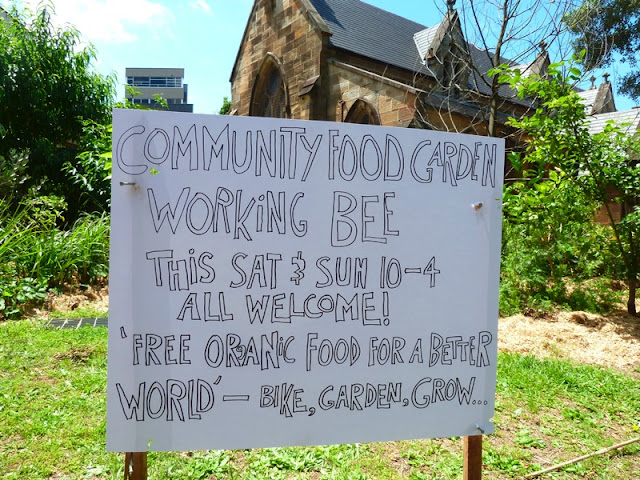 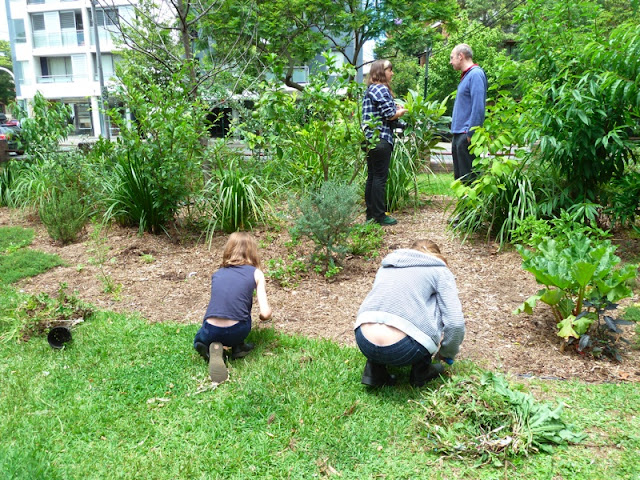 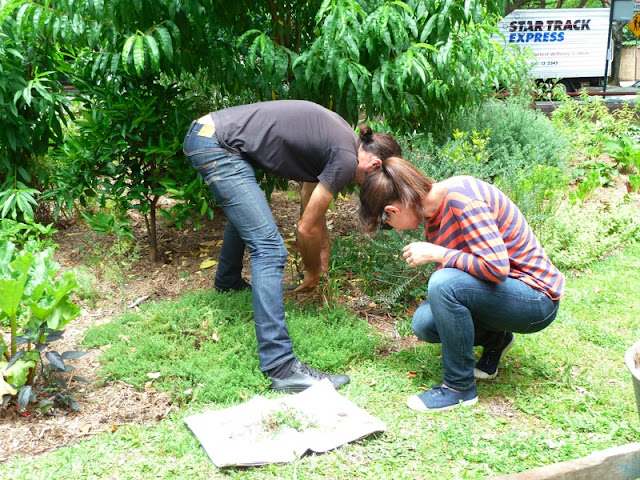 When we initially installed the garden, we buried thick black plastic around the perimeter to prevent the tenacious couch grass from making itself at home. It was great to see that it worked. 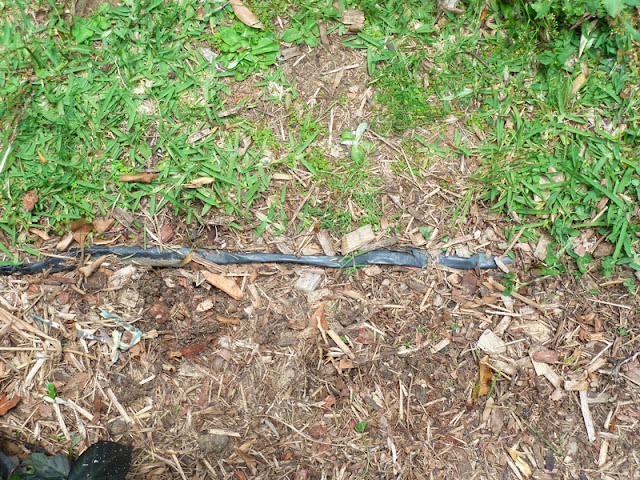 It was also great to see the bales of sugarcane mulch and pine bark that the City of Sydney Community Gardens and Landcare Coordinator donated, which was quickly put to use. 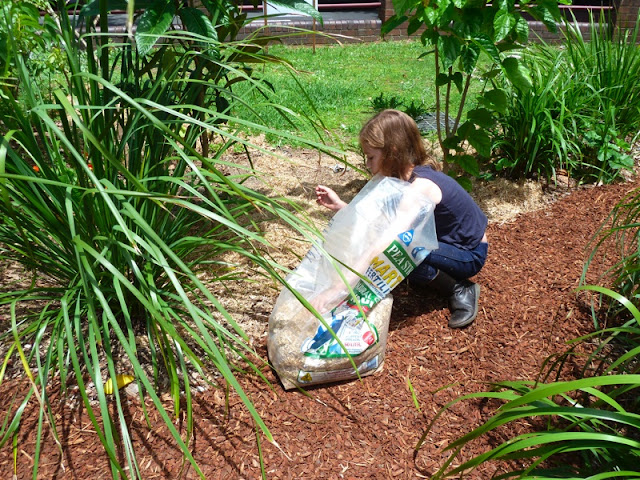 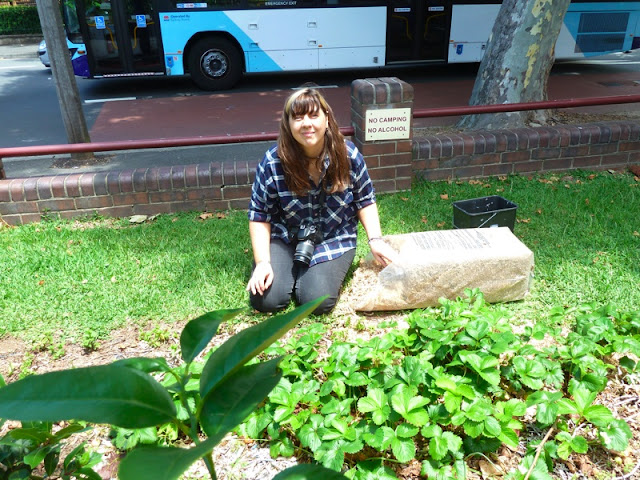 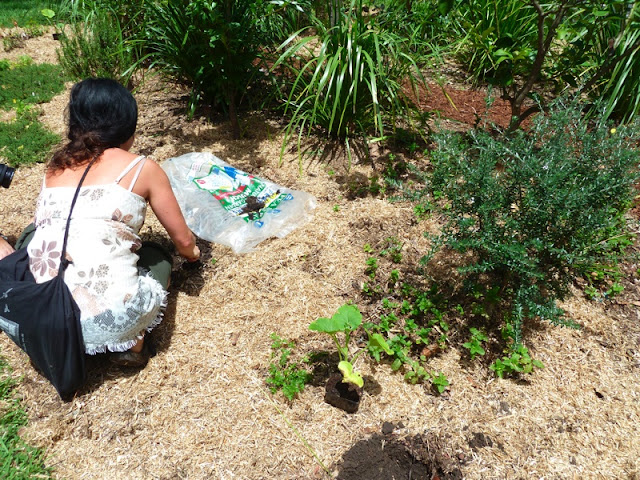 It was great to see the water tank was full after the recent rains. 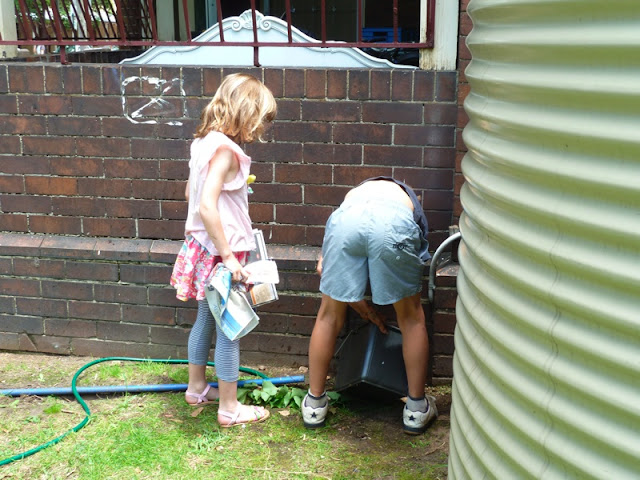 It was great to see evidence of people using the space as it was intended. 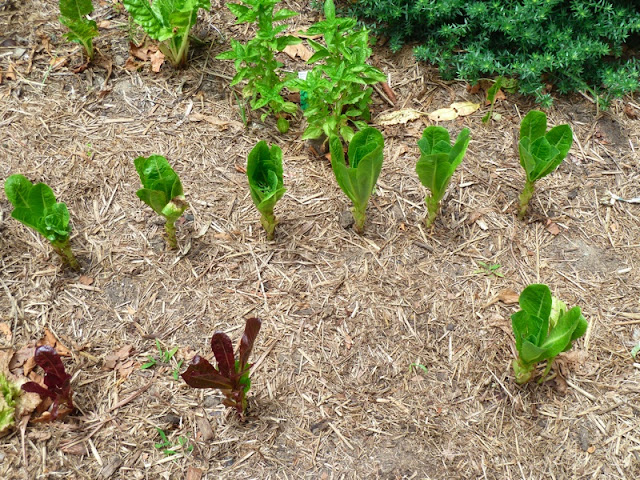 It was great to catch up with some old friends and meet some new ones. 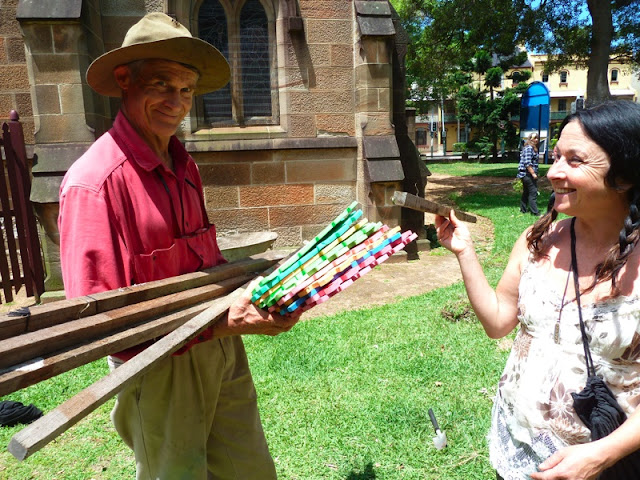 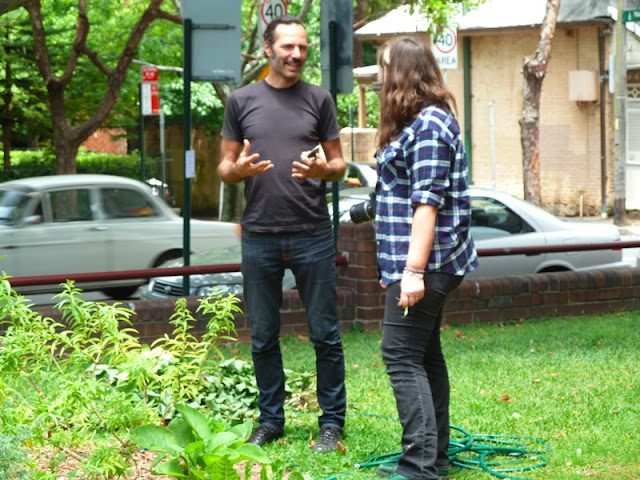 It was great to stand back at the end of the weekend and admire what a small group of thoughtful, committed people are capable of achieving in a short amount of time. 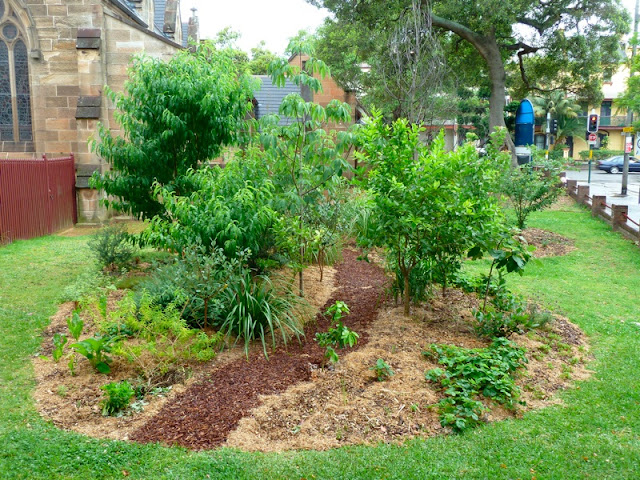 It was great to look at all the trees and think, I knew you when you were this big! 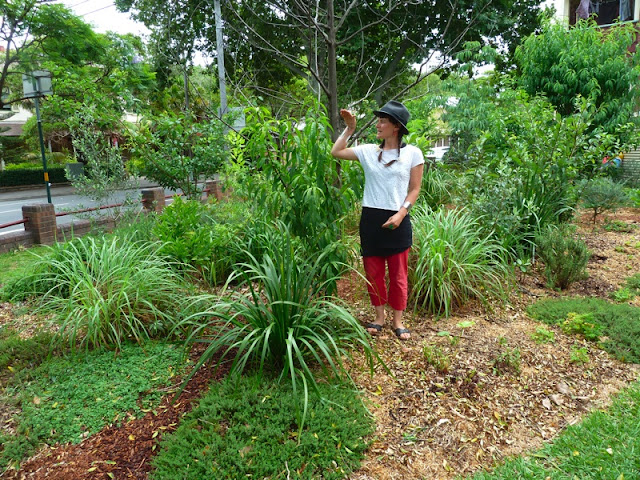 And to feel like explorers in the garden of the world. 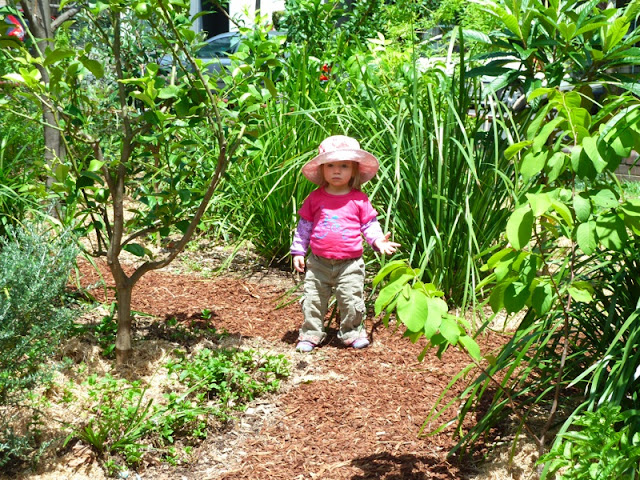 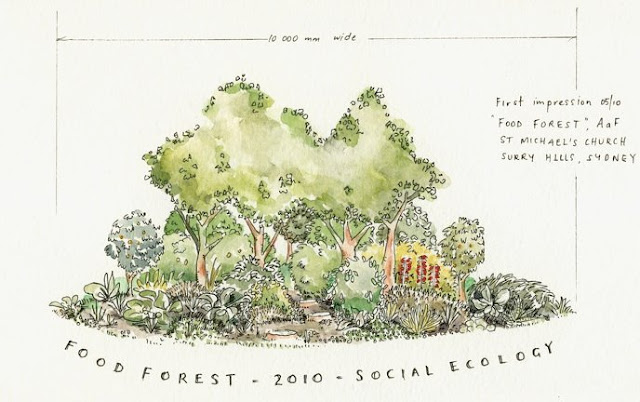 Hello Sydneysiders! We hope to see you soon.

We are heading your way for a two-day working bee at the Food Forest on Saturday 17 and Sunday 18 December.

Local residents, church goers, Artist as Family groupies and Food Forest friends are all invited to attend this free event. Come for as long or short as you'd like between 10am - 4pm on both days.