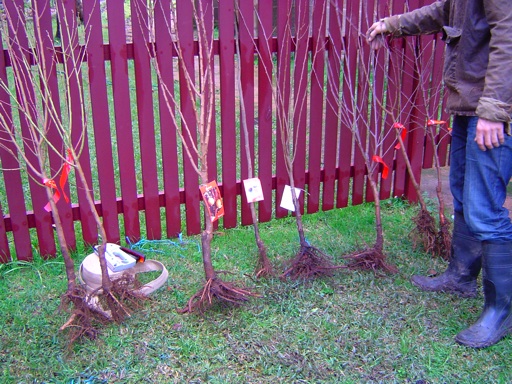 The ground was extra soft because of all the rain we have had, making the holes easy to dig. 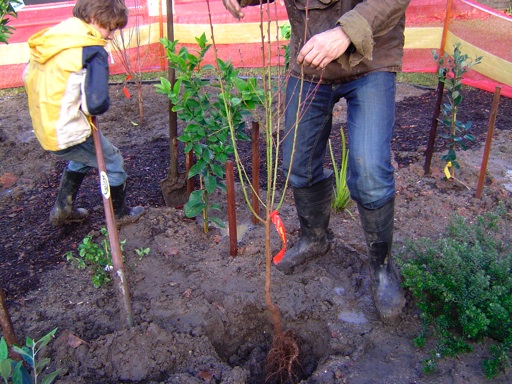 This is Richard and Heidi. We only found this ground at all because of Heidi. When we had the idea to plant a Food Forest, we had great difficulty finding some land. Heidi, a local resident heard we were looking and suggested we approach St Michael's. The rest, as they say, is history. In the making. Thank you, Heidi! 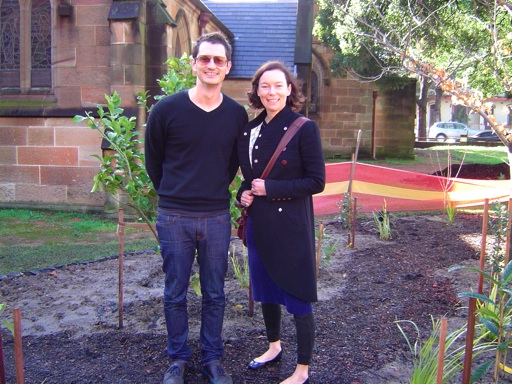 After saying goodbye to Heidi and Richard we spent a few hours mulching the Forest floor, leaving a meter around the periphery bare so people know where to settle their plants during tomorrow's Plant-In. 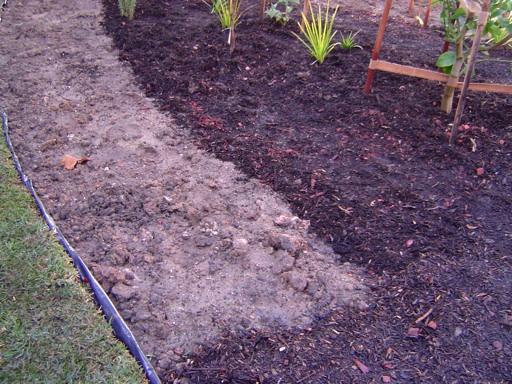 Just before lunch we went out to the Marrickville Community Nursery and picked up some Pigface, Whiteroot, Coastal Rosemary and native parsnip, which we are going to plant tomorrow in the Forest's outer ring. 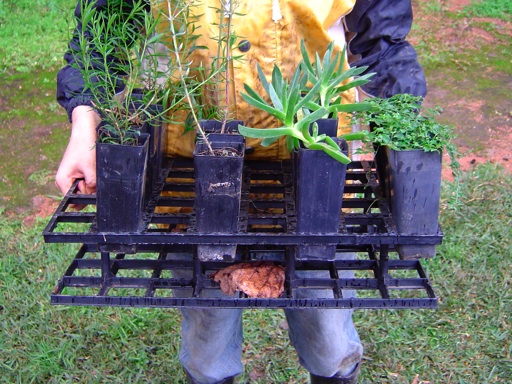 So people can identify what's what, we then wrote each plant's name on a small copper tag and hung it on the corresponding tree. 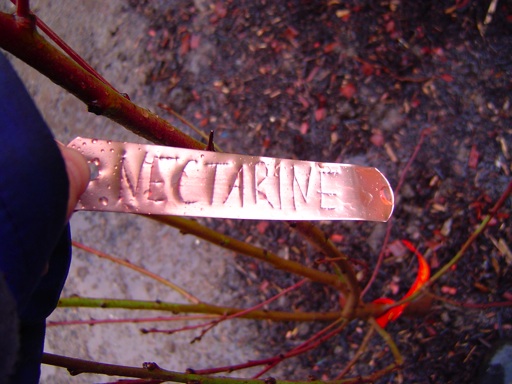 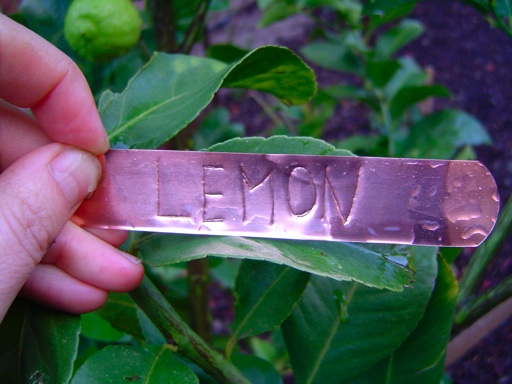 It's rained nearly every day we have worked on the Forest. But this afternoon's downpour was too heavy to work in, even for us Victorians. So it was tools down, and bottoms up at a hotel around the corner. 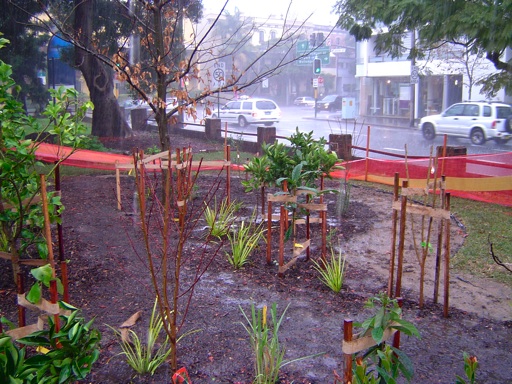 We will be on site tomorrow from 10am to 4pm come rain or shine. Come one and come all!
Posted by Artist as Family at 20:46