Building the Cumquat: an initiation and apprenticeship into life

About three months ago a handsome young strapper from Melbourne dropped out of his day-and-into-the-night job and began a personal pilgrimage. His first week on the road landed him at our home (after coming along to our talk at Melbourne Free University), and he very quickly became part of the family. 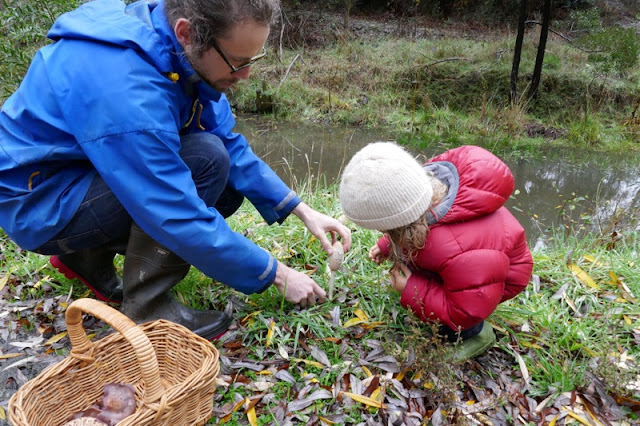 In this first week, conversations with James about communal living, the politics of permaculture, access to land, agency and privilege kept cycling around the pragmatic day-to-day tasks of our homelife. One conversation led to another and quite suddenly we were talking about the possibility of building another small dwelling for more SWAPs like James to come and live, labour and learn. We soon began collecting materials from the local tip and skip bins. 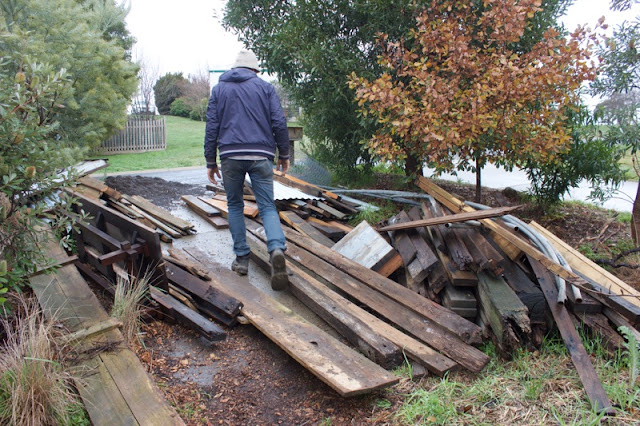 A significant bulk of the material we collected on bicycle. 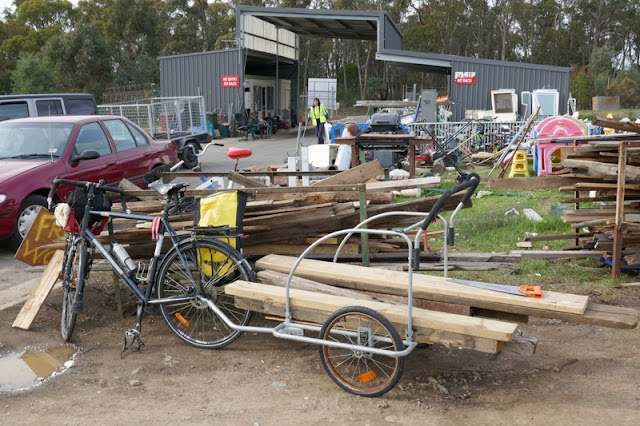 We hadn't developed a design at this stage, but the seed for a building apprenticeship was planted. Not only did we want more non-monetary living opportunities for SWAPs, we wanted to empower others by learning the art of shelter making. We were about to advertise the position for a non-monetary, non-institutional apprenticeship when two things occurred: James let us know that he was keen to be an apprentice, and Zephyr was crumpling at school, and his self-esteem was plummeting. This was a wonderful opportunity and we all seized the day. We drew up a plan and brought everyone together to start working on our tiny house that Meg called The Cumquat. 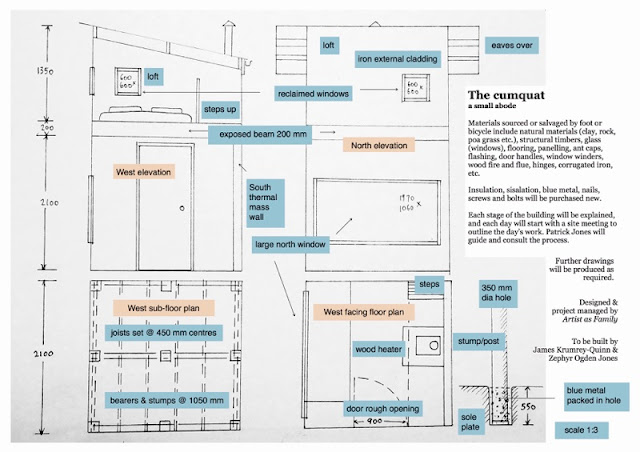 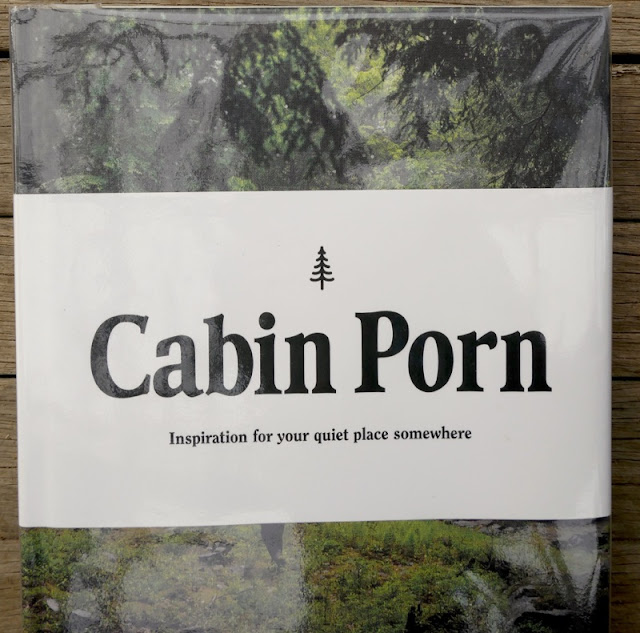 The book is a great survey of small dwellings from across the world, and Zeph was truly inspired. We bought the lads (James 28, Zephyr 14) a tool bag each and got to work, starting with the stumps and subfloor. 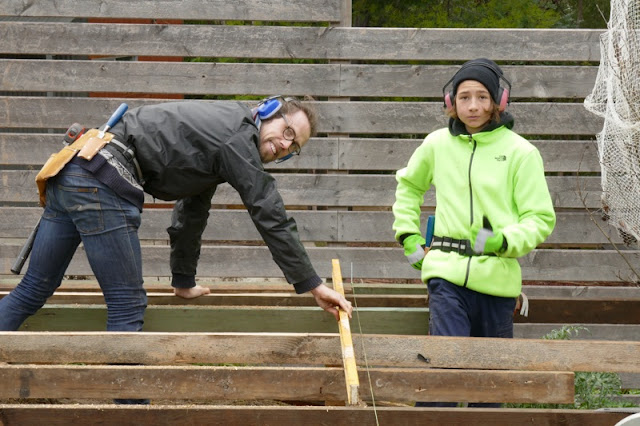 Each day Zeph kept a journal of what he learned. 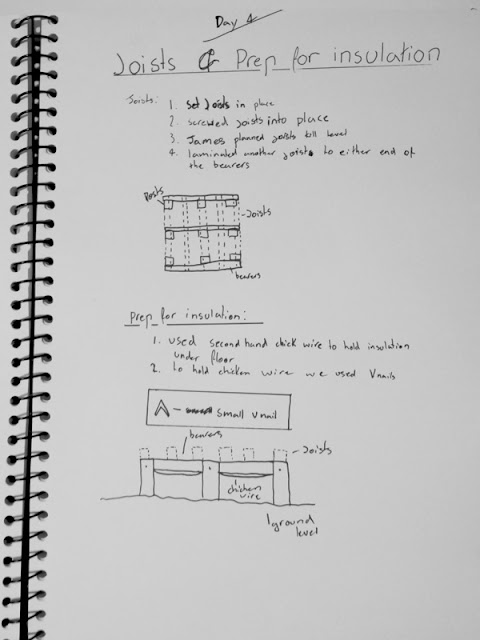 After an active, full-bodied learning day he would read, and his beautiful, engaged self returned with every day away from school, screens and phones. He read six books over the six weeks, an activity he hadn't done since his home-ed days. 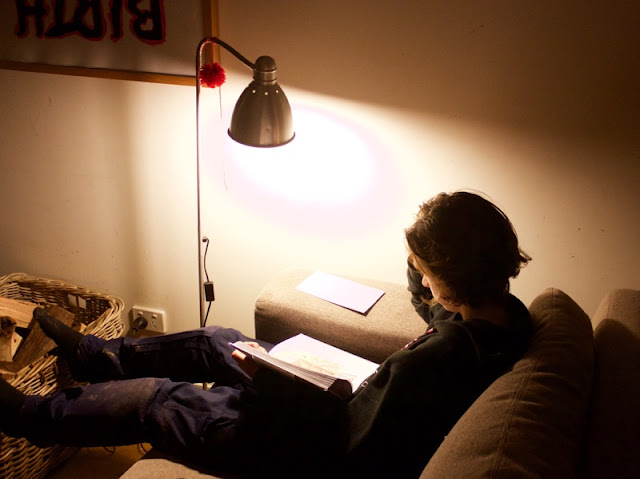 Woody was keen to help on the site too and knowing how eager he is to join all aspects of life, James had brought back with him his childhood tools to hand on. As you can imagine Woody was pretty chuffed. He took great care to place each item in the tool belt that was Zeph's when he was Woody's age. 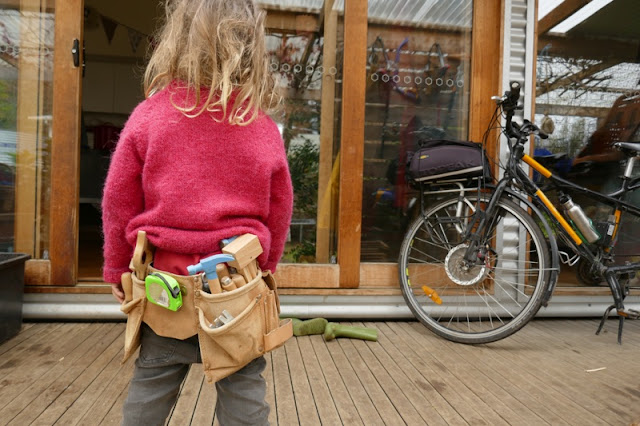 The build progressed in the rain, snow and rare pockets of sun. Gifts flowed in from the community such as these wonderful windows from our permie friend Vasko, old floorboards from Sarah, structural timbers from Bee and Ra, bearers and cladding from Bob and Beth, sisalation from Koos, roof iron from Pete, and old decking boards from Nicko. 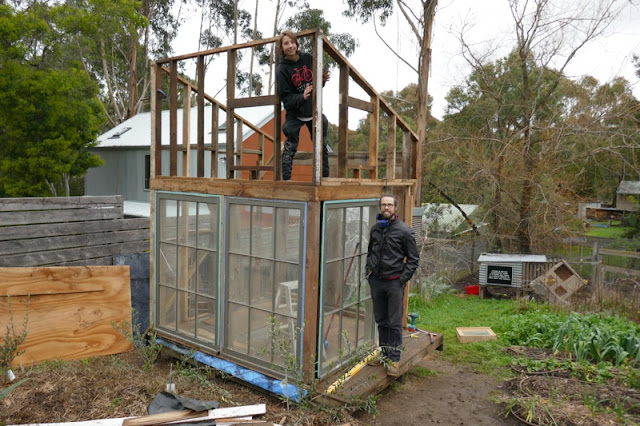 Some days were so wet we dropped our tools and headed into the bush. The learning that takes place out of school has no status in this age of fear and institutional incarceration, but we know it can be explosive and expansive. Seeing our boys thrive through their own will to learn is a joy to behold. All we need to do is provide the right environment, and they do the rest. 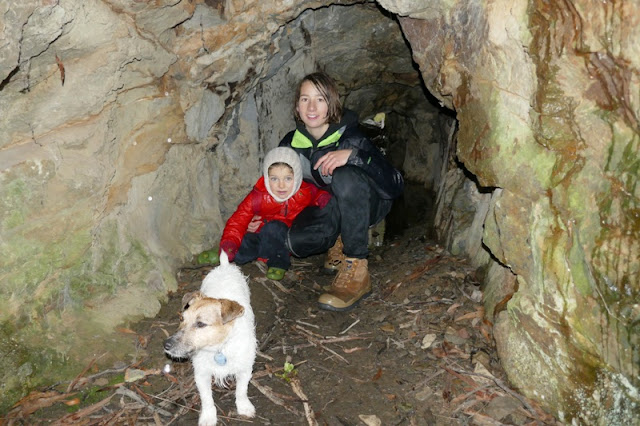 Over 95% of the materials we used were salvaged from the local tip and nearby building skips. We borrowed our neighbour's ute and a friend's car on a few occasions to collect them, but much was collected on our bicycle trailer. James and Zeph learned all the steps of building and soon became confident users of tools. 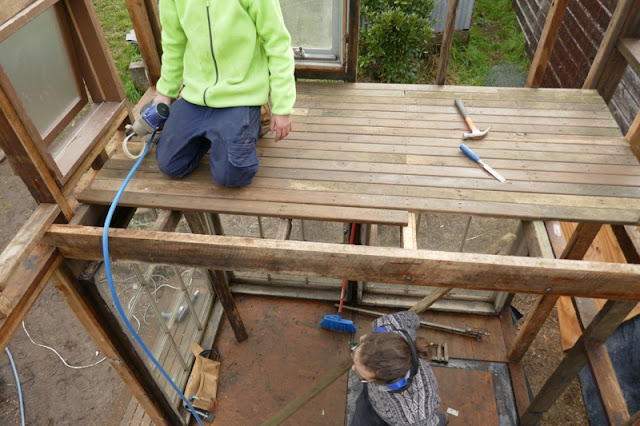 There were hard days, cold days and joy-filled days as they grew their knowledge, strength and resilience. After the winter solstice the days became longer, which also meant more eggs being laid in our chicken coup. Thanks chooks! 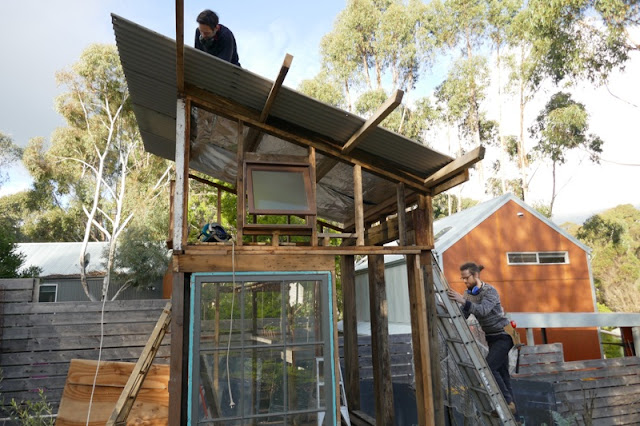 Chickweed, full of vitamin C and abundant at this time of year, was another local medicine food that fuelled the build, and helped us through our winter colds. 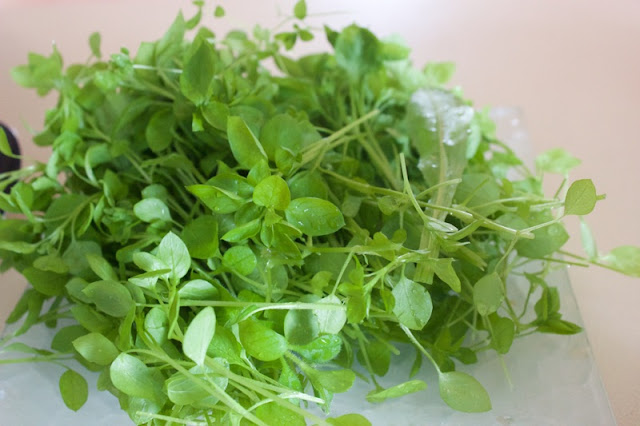 The entire build took 6 weeks (not including the time to collect the materials), and we were all fairly exhausted by the end of it. Zeph, at the ripe age of 14 years old, worked his first 10 hour day. 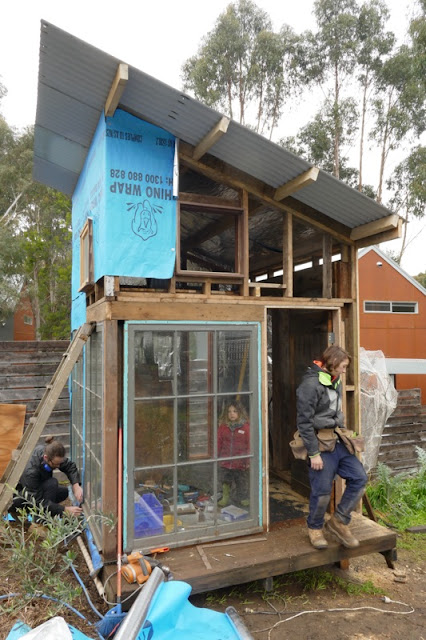 Give a young person a project in which all their regard and care and skills can shine and you'll have a gem who has great self-esteem and the ability to transition from centre of the universe to participant of the universe. The Cumquat build was very much part of Zeph's initiation into life. 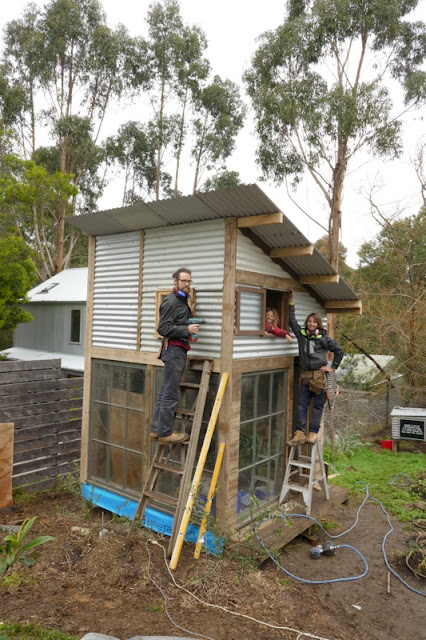 The mentorship and maturity of James was a big part of Zeph's learning and growth. The two worked so well together and as much as possible Patrick stepped back and allowed them both to go through the processes themselves. We all had things to learn from each other and despite the ordinary strains of such activity, the building of The Cumquat was a remarkable moment in our family's trajectory, and we thank James and Zeph for making it such a special time, and we thank our local, online and permacultural communities for loving The Cumquat into being in so many diverse ways. And we thank the snow for reminding us of older, colder winters in this region, and the gifts of the sun and the earth that create the radiation and thermal mass that keeps us warm. 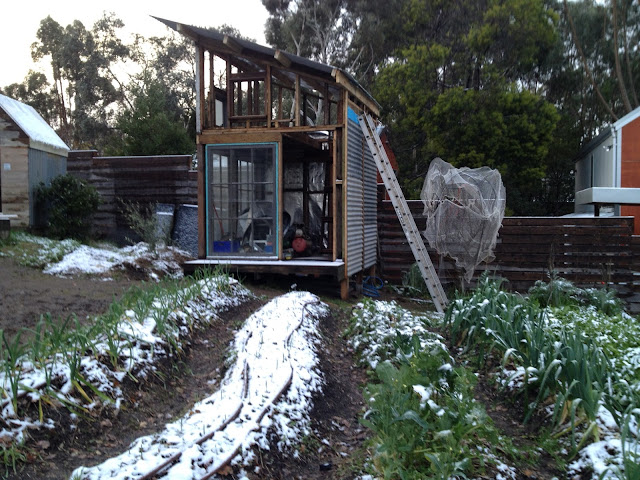 The last stage of the build was to insulate the walls with straw, which we bought direct from local farmer Ian Miller in Smeaton 22 kms away. We contemplated lining the walls with old floorboards or old sheets of tin, but when permie friend Dean Farago offered his expertise, materials and labour to finish the walls using a traditional rendering method, we knew we couldn't refuse. 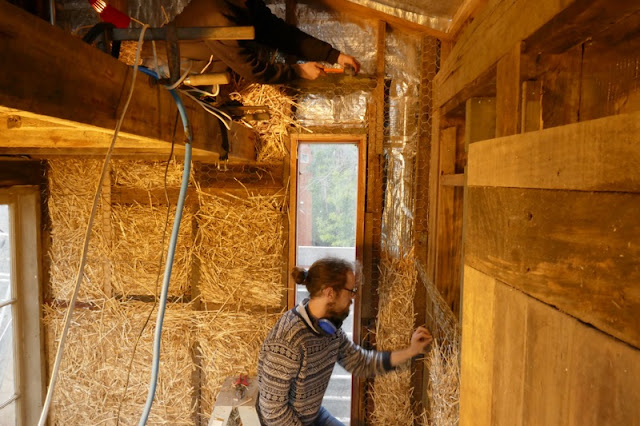 We have made a little video of the build that shows the entire process, and is accompanied by our talented singer-songwriter friend, Anthony Petrucci, who sings us intensely through the build with his old band Souls on Board.

Thank you, Dear Reader, for calling in to hear the song of The Cumquat being sung into life, to witness a boy's initiation and to behold a young man's apprenticeship. We hope it has inspired you and the young people in your worlds to keep performing life outside the banker's realm and the institution's cage.
Posted by Artist as Family at 08:52 12 comments: